And What Is A Grid Tie Inverter Anyway?

To connect your solar panels’ rechargeable battery to a grid-tie inverter – to be safe from blackouts for example – you must invest in battery backups for your solar system to ensure that you keep on power during a grid outage.

Though this sounds easy, it’s nothing like hooking up the solar system to another battery pack. An understanding of the technicalities around the grid-tie inverters is important.

Essentially, the grid-tie inverter is designed to facilitate the conversion of DC electricity from the solar panels, although their design doesn’t allow for the integration with the battery bank. For this setup, you’ll need to introduce new components into your solar power station for the inverter to work efficiently with the batteries introduced.

Keep in mind that grid-tied, utility-interactive, on-grid, grid back-feeding, or grid intertie all refer to a solar powered system connected to the utility grid.

These grid-tied systems make it possible for you to save money thanks to the use of net metering because they also allow for higher efficiency rates and owner installation/ equipment costs. With batteries required for fully functional off-grid solar systems, the grid-tied systems are simple and cheaper to install. The utility grid also works in the same way as a virtual battery.

For the grid-tied solar system, you need to have a power meter and a Grid-tied inverter (GTI) or the micro-inverter.

What is a GTI?

The GTI will synchronize the phase and the frequency of the current to be in line with the utility grid (60Hz). It also makes it possible for the adjustment of the output voltage higher than the grid voltage, allowing the excess electricity from your solar system to flow to the grid.

The connection is rather complicated, though.

Besides the complicated setup, you also need to understand that the connection of the solar panel to the grid-tie inverter is expensive, with the batteries being the most expensive components for the setup. You’d spend at least $10,000 to add batteries to the average-sized grid-tied inverter system.

Here are some great examples of GTIs (click on the photos for more info on Amazon). 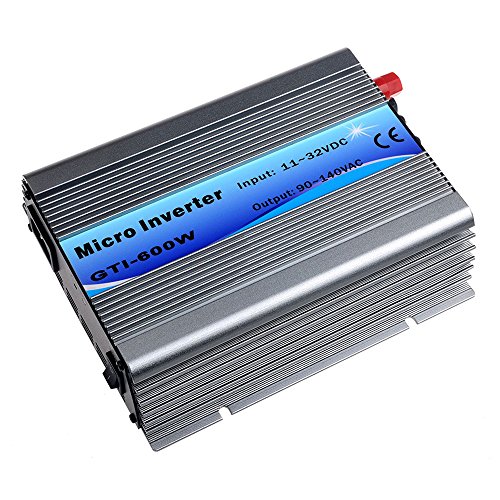 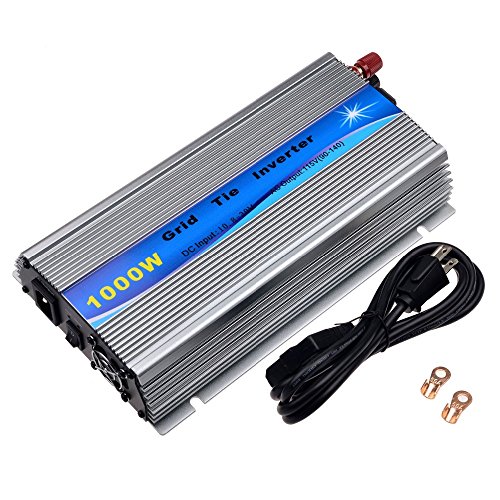 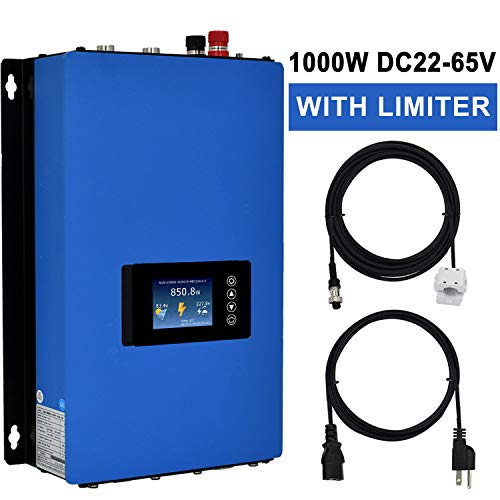 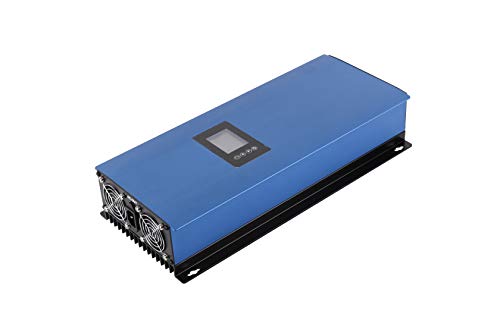 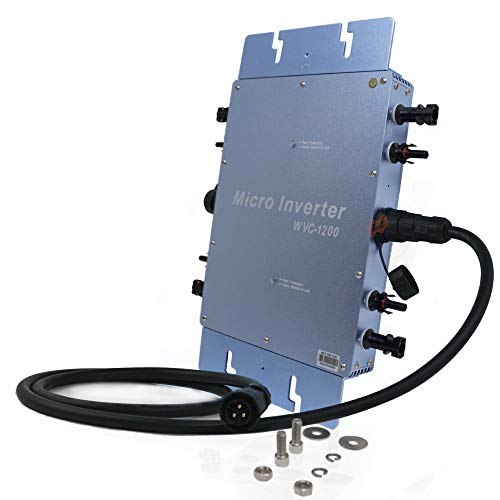 So, before you spend a lot of time and resources looking at what the connection is all about and what it will feel like to have the connection up and running, be ready to spend a good chunk of your savings. What this means is that if this option is not ideal, you might want to buy a portable gas generator to pair it up with the existing system before you are able to handle the connection to the grid-tied inverter.

That said, here are some of the ways of connecting the solar panels to the grid-tied inverter.

In this setup, the solar system array would be connected to the system’s battery bank via the charge controller, as is the case with off-grid power systems. In off-grid solar systems of the standalone solar systems, an alternative to the grid-tied system, the off-grid system ensures that your home has electricity at all times.

For this to happen, there’s a need for battery storage of electricity, as well as access to a backup solar power generator. You have to replace the batteries after 10 years because the batteries expensive, and after some time, they would cause an overall decrease in the efficiency of the system.

DC Coupling is more effective in grid-tied systems that use 600V string inverters where a 600v charge controlled ensures the retrofitting of the grid-tied system with batteries.

This 600V charge controlled needs to be installed right between the grid-tied inverter and the PV array. This system comes with a manual switch system between the grid-tied mode and the off-grid mode. With the manual system, it means that the system cannot be programmed, and you have to manually/ physically charge the batteries.

Note that the battery-specific inverter would be able to automatically turn and power your home, but the photovoltaic (PV) system array will only charge when it’s switched on. You must be within the solar system vicinity to switch on solar charging – failure to do this would leave you with drained batteries that won’t be recharged from solar power.

While DC coupling functions effectively with a wider range of battery bank and off-grid inverter sizes, compared to the AC coupling system, it’s imperfect, and you need to manually activate the transfer switch for PV array charging. If it’s not charged, your battery bank will be drained, and it won’t be able to recharge until solar power until you flip the switch manually.

With the AC coupled system, your grid-tied inverter would be paired to the off-grid inverter as well as a battery bank, and the inverter will function as the second source of power, tricking the GTI to keep running.

Once this setup is complete, you would be able to recharge your solar batteries to run all the essential appliances and to keep the lights on in case of a power blackout. For the best AC-coupled system, you will need a certified coupling system like a Radian that limits the amount power from your system’s solar array whenever it’s needed, preventing overcharged batteries.

Note that some AC-coupling systems use micro-inverters, even though they are expensive. The micro-inverters would go to the back of every solar panel and not on a single/ central inverter that runs the whole solar array. The high price-tag is the biggest issue with micro-inverters.

AC coupling is generally the best way of retrofitting your solar power system, particularly when using a micro-inverter system. In this setting, your battery bank will connect to a system like the Radian (between the load panels and the GTI system), and the existing GTI wouldn’t have to be off the system.

Unfortunately, AC coupling is imperfect, and you have to follow the strict guidelines provided. This system might also run inefficiently where the battery bank or the inverter is undersized. And there’s the other limitation that comes when the GTI is big because this would require a more expensive AC-coupled system.

Replacing the Grid-Tied Inverter with the Power-Storage-Ready Inverter

Basically, you are replacing the current inverter with an inverter of almost a similar size, one that uses the same photovoltaic power array wiring.

This system is preferable if you need a system that allows you to adapt to the current power system in your home with either the AC or C coupling because the inverters are meant for energy storage. Besides energy storage, this inverter would also make it possible for you to sell back some energy to the power/ utility company on maximum time-of-use periods (TOU). In the process, the use of the storage-ready inverters allows you to make the best from your local net-metering policies.

Unfortunately, this approach doesn’t work too well with the micro-inverters since it means that it would take significantly more time and work to be able to remove the older inverters and to retrofit each solar panel with a new inverter.

On the brightside, the option to replace the inverter would work most, if not all systems, and there extra stored power is definitely advantageous. It’s expensive, though, especially where micro-inverters are present.

If you wish to experience the freedom that comes with flexibilities in electricity and the reliability of power that gives you a great deal of control, even with your solar power system, the connection of the solar panels to the grid-tied inverter would be the ideal option for you.

This system is reliable because it means that the solar system is connected to, and it also relies on the existing utility electrical grid as its most important component.

The grid-tied system is also called the grid-tied PV/ photovoltaics, and it makes use of the solar panels and other essential components to allow for the conversion of solar energy into electricity for use at home. For this to happen, there is an array of solar panels that’s installed and connected to your electrical system.

Note that in the standalone and the off-grid solar system, the structure isn’t hooked to your utility power, and you need power batteries.

Therefore, if you use solar energy, it would be a good idea to invest in a grid-tied inverter system that works best for you.